China is where virtually all smartphones are produced, but chances are if you’re in North America, you’re not familiar with any Chinese smartphone brands. Huawei, OnePlus, and Xiaomi are three companies producing some interesting handsets, with some equally interesting ideas on how the software on a smartphone should look and behave.

OnePlus has been selling phones in the US for a few years, and it builds devices targeted towards an enthusiast audience, with high-end specs and simple software tweaks. Its version of Android doesn’t stray far from what you might find on a Google Pixel phone. On the other end of the spectrum is Xiaomi’s Mi Mix 2, which has a completely overhauled Android that looks much closer to iOS than anything that comes out of Google. You can’t yet buy Xiaomi phones in the US, but the company says that may be changing in the next year or two. (For what it’s worth, the company has been teasing its phones coming to the US for years, so we’ll just have to see if it follows through this time.)

Huawei’s take on Android splits the difference between what OnePlus and Xiaomi do — it’s got some elements of Google’s Android with many ideas cobbled together from iOS. Unfortunately, it doesn’t work all that well, and doesn’t do justice to the high-end hardware that Huawei produces. And then there’s Huawei’s struggle with the US government, which would be a lot happier if the company didn’t do any business in America.

Pick the right phone
If you’re interested in getting a Chinese phone, you can get ones like the Honor 8, Honor 6X, OnePlus 3T and Huawei Mate 9 right here in the US since they’re officially available. But, if you’re a fan of the sleek new Xiaomi Mi 6 or you just can’t wait for the latest flagship from Honor, the Honor 9, you’ll have to import. There’s a ton of interesting Chinese brands like Xiaomi, Meizu, Oppo, Huawei and Lenovo, so we’ve put together a list of the best Chinese smartphones for you, broken down by availability in the US. Once you’ve picked your dream phone, move on to these next steps.

Check for network compatibility
Before you get your heart set on a new smartphone, be sure it’s compatible with your network. Carriers like Sprint and Verizon use CDMA technology, and thus aren’t usually compatible. AT&T and T-Mobile, on the other hand, use GSM technology. The latter two are more likely to support imported devices. Be sure the phone you’re buying is unlocked, and call your carrier to confirm compatibility, in addition to checking the bands yourself.

Budget for import taxes and shipping costs
You might see the low prices of Chinese smartphones and think you’re getting a great deal, but just wait until you see the shipping costs and taxes you’ll have to pay for that great new phone. To avoid shock and disappointment, be sure to factor these into your budget. Just because something isn’t available in the US, that doesn’t mean you have to resort to importing it from China. Often devices will be available in Europe or the UK, and it may be easier, cheaper and faster to import from there.

Shipping costs from China can be high, anywhere from $20 to $60 or more, and it can take weeks for the device to arrive by post from China even if it’s in stock at the time you place the order. If the retailer offers an option to ship via DHL, FedEx or another top courier, that’s a better option than post, because even if it costs a bit more, it’s faster not only in actual shipping time, but also in the amount of time it takes to clear customs in most cases.

In addition to the shipping cost, PayPal or your American credit card company will probably charge you a fee of about 5 percent for currency conversion to Chinese Yuan as well. Using PayPal will give you an extra layer of buyer protection in case you should need a refund, as well. You’ll also want to check with the retailer you buy from to see if you can make any warranty claims in case there’s something wrong with the device when it arrives – in which case, prepare for more shipping costs.

Then there’s taxes, which are unpredictable and can be applied once the device goes through customs in the US. You can expect to pay around $20 to $50 or more in import taxes on your new smartphone. The amount you’ll pay depends on how expensive the phone is. Once you’ve got an informed, reasonable idea of what the true cost of your new smartphone will be, then you should find the right online retailer.

AndroidPIT honor 9 vs oneplus 5 1455
The Honor 9 (imported) and OnePlus 5 (available in the US) both have great build quality. / © AndroidPIT
The best sites for importing Chinese smartphones to the US
You must keep an eye out for scams and fraudsters, and recognize the risk of a seller not being reliable. There are plenty of horror stories out there of issues with items not being in stock, shipping slowly, arriving damaged, used or fake, not getting refunds, warranties not being honored, customer service being unresponsive and so on.

We’ve gathered a list of some places you can shop online for Chinese smartphones to import to the US, but you should always check online to make sure a site is trustworthy before you buy. Reading reviews on websites like TrustPilot is a good place to start.

Once you’ve got your new phone, you may need to install the Play Store to enjoy the range of apps and games you’re used to having on an Android device. And, it may take English speakers a few minutes to figure out how to change the language settings on the phone too, but here’s a pro tip: the Google Translate app has a camera function which can read everything you can’t. Once you’ve got it all set up, you’ll have gotten a high-end phone at an unbelievable price. 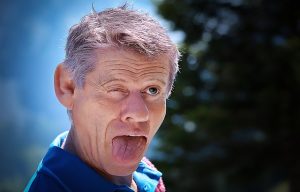